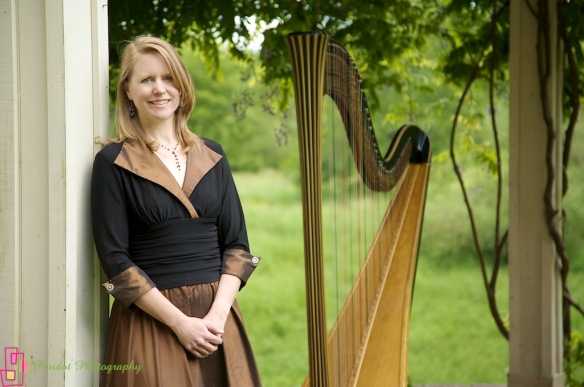 Being new to the area, I needed a way to introduce myself to newly engaged couples, as well as to local wedding vendors. After some brainstorming, I came up with a fabulous idea. Why not spotlight members of the Seattle/Tacoma wedding industry on my blog? Not only would I be able to showcase my work to new eyes, but I would also be providing helpful wedding planning ideas to future brides and grooms. And of course, both the couples and I would get to know some creative and talented wedding professionals in the area. 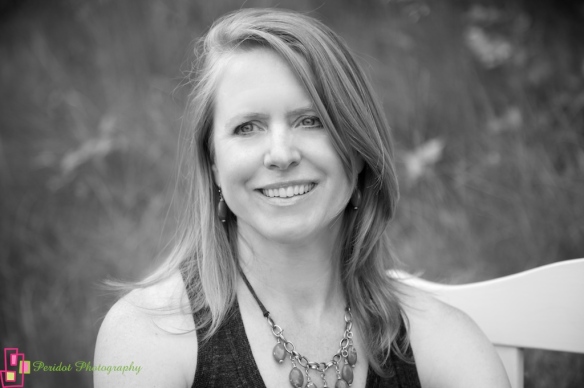 So, without further ado, let me introduce you to Susan W. Haas, who plays solo harp for weddings and events. I met Susan recently at a Puget Sound Wedding Professionals lunch, and my first impression was that she is very open and friendly. Upon conversing with her, I could instantly tell that she  loves playing music, and she especially loves playing the harp. On her Solo Harp website, there is a soundtrack of her playing, which I enjoyed so much that I kept it on while I was working. 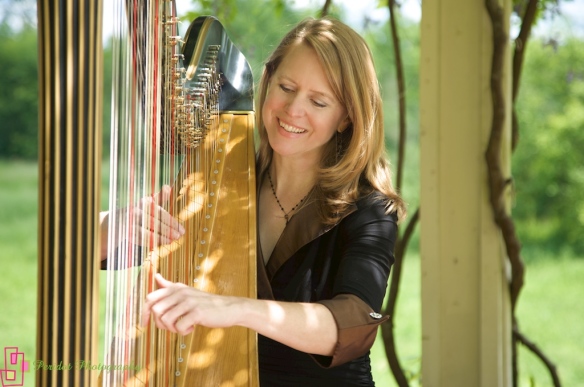 Susan grew up in a musical family and played the piano and the violin since she was young. However, since she first spotted one, she dreamed of playing the harp. Keeping it a secret at first, she finally confessed her obsession to her parents, but they thought it was just a passing phase. It wasn’t until high school that they finally believed her and signed her up for lessons. Less than two years later and before she had graduated from high school, Susan was playing professionally. And she’s been nonstop every since!

Below, Susan answers some of my questions.

Describe how you approach your music.

Philosophy that altered my course-  A seasoned harpist, Stella Castellucci, told me in a workshop that I should think of myself “first, as a musician, and secondly, as a harpist.” And equally, to “think of the harp as just another musical instrument, rather than something limited to a certain genre. It is made to make music, so make music on it!” The harp can be stuck in a stereotype of flowing glissandos and ethereal bliss. I was liberated by her challenge to me to let the harp simply be my instrument of choice to make music on. Once I let go of the eccentric stereotypes, playing jazz pieces like “Take Five” suddenly became a reality. I had played it on the piano but hadn’t imagined pursuing it on the harp. Stella helped me ask, “Why not? It is music, and the harp is a musical instrument.” That was in the 90’s, and that conversation changed everything.

What is your favorite type of music to play?

I’m classically trained, but I’ve loved branching out into other styles. I enjoy playing pop songs with a latin feel-like “Fragile”, “Besame Mucho”, “Killing Me Softly” and “The Shadow of Your Smile” for cocktail music. I also am loving developing a whole collection of music from “my era” which includes the Beatles, Elton John and classic rock.

Name a highlight of your job.

Being present for one of the high points of peoples’ lives!

How about a “lowlight”?

Driving a land yacht ever since high school!

LOL, I never thought of that. How much does the harp weigh?

About 100 pounds. Pretty heavy, though not a heavy as it looks, because it’s hollow inside, which is what resonates the sound. I start lifting weights in a dedicated fashion in February or March to prepare for the wedding season.

What was one of your favorite events to play?

Probably when I played at the peak of Crystal Mountain for a wedding, with the Cascade range in the background. I love being outdoors. It was at 7600 feet. I took the gondola to the top. It was logistically very challenging. I had to take an assistant to move the harp for me, which was my oldest son. I couldn’t have done it without him.

What should brides know about you?

I deliver what I promise and work hard to fulfill the clients’ requests with the knowledge that I have of what will sound good on the harp.

I love our sound and the “dreamy” repertoire that this instrumentation opens up. It is a one of a kind ensemble perfect for the one of a kind bride.

During the shoot, I had the opportunity to hear Susan play live, which was very enjoyable. It’s hard to describe, but her harp music created such a dreamy mood that is perfect for an outdoor Northwest wedding. I highly recommend checking out The Solo Harp website and sampling the music. Also, Susan works very hard with her clients to collaborate and play the music that makes them happy.

Sanders Estate, with the help of Diana Thornton of Just In Time Event Coordinating, was kind enough to let us shoot portraits of Susan around the venue. The grounds are beautifully landscaped and well-maintained, surrounded by picturesque woods and fields. 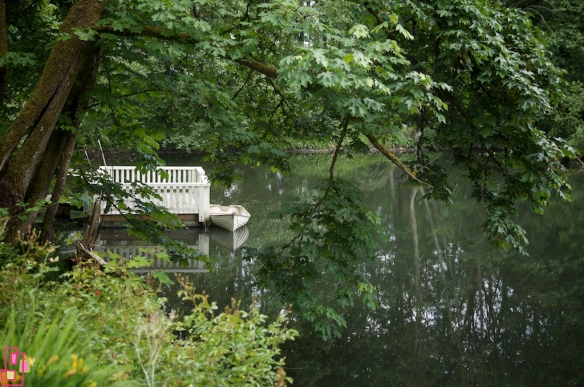 Just one of the ponds at Sanders Estate. 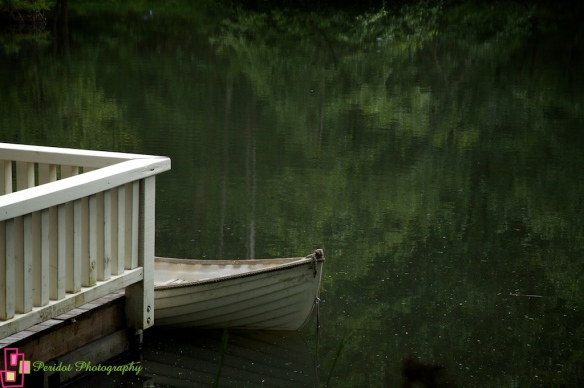 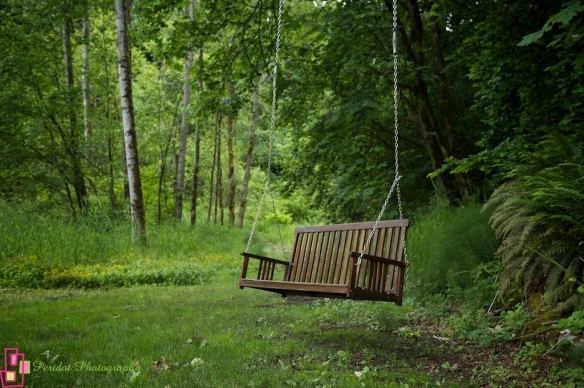 4 thoughts on “Spotlight: The Solo Harp of Susan W. Haas”